SHOW ALL RESULTS FOR “”

In the last couple of years, the prices of FDM printers have been going down. 10 years ago it was almost impossible for small businesses to buy a large-format 3D printer with great quality prints. Now, things have changed and almost anybody can start with 3d printing large objects. Big 3D printing companies offer us affordable large format 3d printer that can be used by any 3d maker. One of these big 3d printer brands is Modix. Modix was founded in 2014 in Tel Aviv and is focused on making big affordable modular 3D printers.

Israel-based 3D printer manufacturer Modix has undoubtedly stolen the show. The Modix 3D printers are large-format 3D printers at an incredibly affordable price. Recently they developed a huge printer with a print volume of 1,800 x 600 x 600 mm. Modix 3D printers are known for their DIY kit;  users will have to spend a fair amount of time putting the machine together. Once it's done, you have an enormous 3D printer that can print any projects you can imagine.

Starting at 6.710,00 €, the Modix Big-60 V3 is actually affordable considering the build volume and high-grade components. The company offers this amazing price because of the DIY concept-you have to put it together by yourself. This way the production takes less time and gives us a special discount on the final price. What's also great, you can put together your custom-made 3D printer; if you don't need some of the features, you don't order it. For example, you can order a 3D printer Modix BIG-60 V3 and have a secondary print head, with the enclosure but no Z-Axis Guides. Your friend, on the other hand, can order the same printer but without an enclosure and with Z-Axis Guides.😊

Modix BIG-60 3D printer was introduced back in 2017.  The current version gives us a competitive mixture of large build volume, premium components, and of course affordable price. The upgrades that were made on the V3 version were implemented also into the other models. 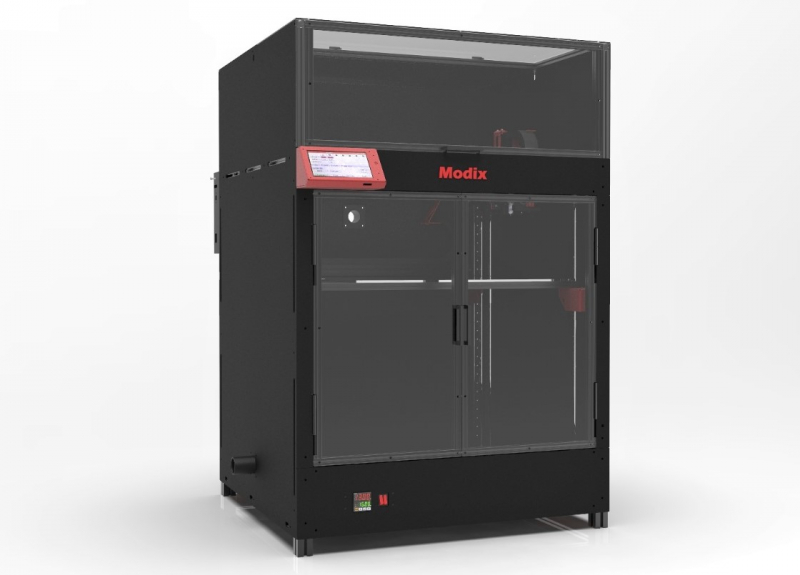 Modix Big-60 V3 offers a dual direct drive extruder which improves the accuracy of its secondary print head, a better extrusion mechanism, a PEI print surface that provides better adhesion, and easier removal of 3D printed models. The printer has an XYZ accuracy of 4 microns x 10 microns x 0.5 microns, while layer thickness is varying from 40 to 800 microns.

The Modix Big-60 Version 3 is designed in a particular black and red-colored design. It has a sturdy chassis with a frame of 40 mm * 40 mm that is made of T-slot Aluminum profiles paired with powder-coated laser-cut aluminum brackets and joints.

This series of Big-60 has a wider rail and carriage thanks to Hiwin MGM motion rails that offer more accuracy and smoother operation than the MGN rails which were used in Big 60 V2. The printer also offers four ball screws on its Z-axis, each of which has a precision lead screw that enables movement along the print bed at a 0.5-micron layer height.

The printer Big 60 V3 is equipped with professional signal cables made by a reputed German company named IGUS. One of the options that you can add to the printer is an enclosure made from 3 mm Aluminum composite panels and polycarbonate sheets that strengthens the printer’s print chamber’s doors.

Apart from offering strength, stability, and large build volume, these components also offer great thermal and noise insulation which ensures the maintenance of even temperature. The printer's aluminum casing if you need to fit any sort of custom fixtures, while the lid gives us easy access to the print bed.

Modix Big 60 V3 offers a build volume of 600 mm x 600 mm x 660 mm. This allows 3D creators to print big items or prototypes in one go- bigger 3D models can be printed singularly which reduces the risk of part failure when they are put into actual application. A 3d printed item that is made from one piece also has more strength. 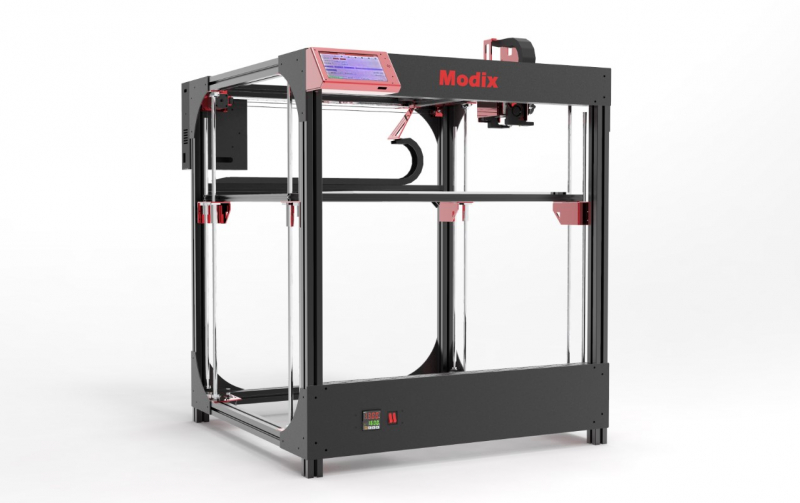 Big 60 V3 comes with an E3D Aero direct drive extruder accompanied by a V6 Volcano hot end which lets you swap nozzles of different diameters for managing the flow rate. The extrusion system of the printer is customizable- you can increase the temperature its thermistor can withstand i.e. from 285 degrees Celsius to 500 degrees Celsius.

With this printer, you can print industrial-grade materials like Carbon fiber, Nylon, ABS, PC ABS, and many more. The printer is also compatible with PLA, PETG, PVA, ASA, TPU, SILK, and other 3D filaments. You can use different nozzle diameters -from 0.4 mm, 0.6 mm, 0.8 mm, 1 mm, and even 1.2 mm nozzles. 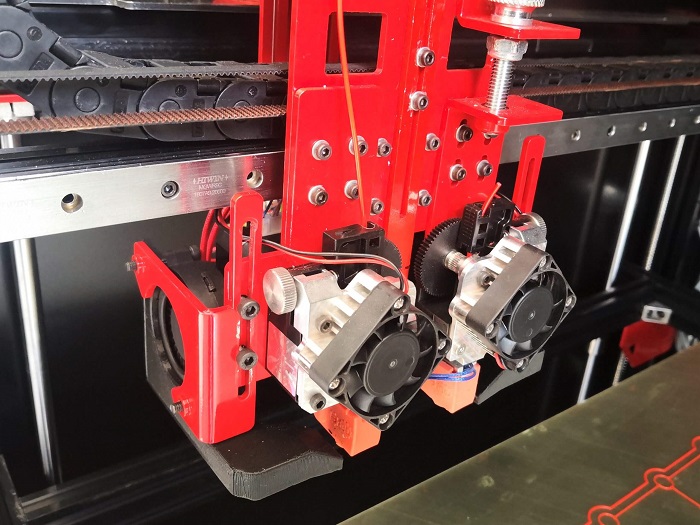 We mentioned has great it is to print bigger prints, but the Big 60 V3 can also do a great job printing smaller items thanks to the dual heat zones. The inner zones measuring 200 mm x 200 mm are capable of producing parts with a small build volume of better quality with lesser power consumption. 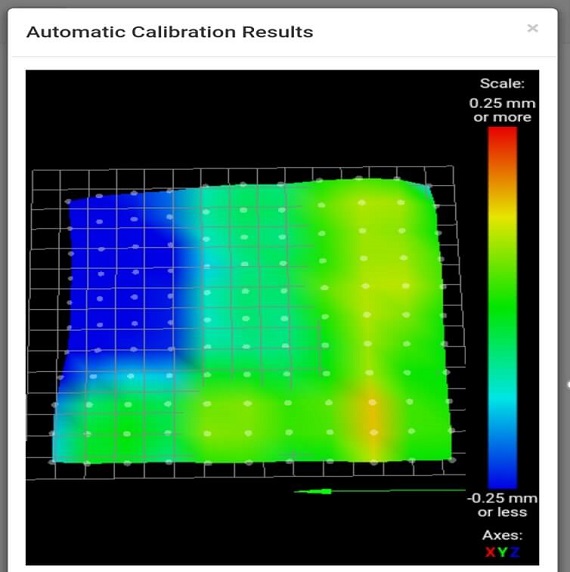 Like most professional 3d printers, the Big 60 V3 provides an automatic bed leveling. The bed platform makes use of 100 probing points. This way you can set up the printer faster and have more accurate first-layer prints with less effort of course.

A 7-inch-long touch screen interface lets you control and monitors various functions on the printer. With the Wi-fi option, you can remotely operate the printer with a computer or even a mobile phone. 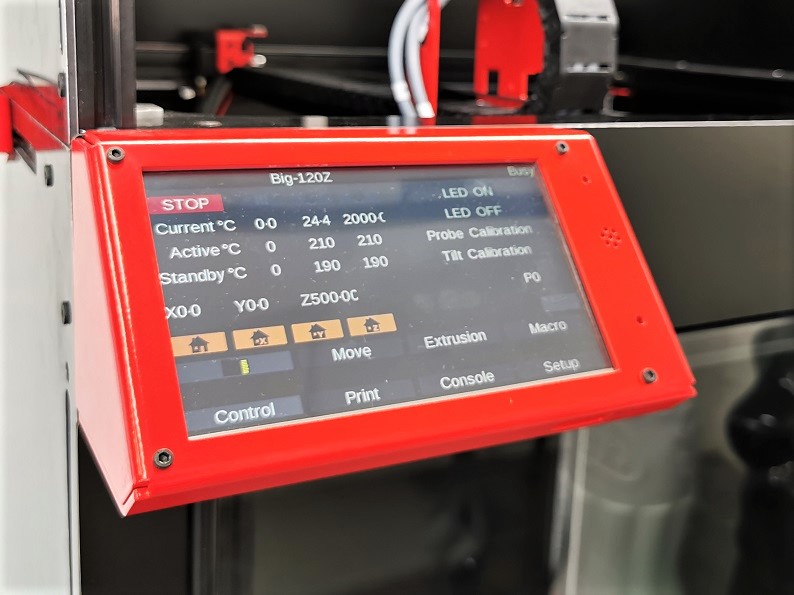 Coming as a DIY kit, the Big 60 V3 is designed for easier and faster assembly.

Assembling the printer is not that difficult thanks to the simplified user manual you get with the printer. Also, there are more than 80 videos available that contain step-by-step assembling procedures.

The Big 60 V3 comes with a Duet 3D 32-bit electronics motherboard that offers features like a resume print function that stores all your prints, and recovery in case of a power outage. Thanks to this component the movement of the print head is relatively smoother.

This upgrade is presented as a new controller box that features an additional electronic board named DUEX-5 expansion board which doubles the total amount of stepper drivers from 5 to 10.

By allocating a dedicated driver for each of the Z and X-axis motors we get a specific control of each stepper motor, and no longer must be moved in unison. This allows performing a fully automated system calibration routine with the click of a button.

The upgrade provides a fully wired new electronic box with both Duet 2 WiFi controller, Duex-5 expansion board, wires for all motors, and an additional X-axis end-stop. You may keep your default electronic box as a spare / backup.

Modix doesn’t provide a specific slicing software for its printers, so you can use for example Cura, Slic3r, Simplify3D, and others. The BIG-60 V3 can also be connected to your computer by Wi-Fi or USB connection. There is a web interface and a mobile app that can be used to operate the printer remotely. 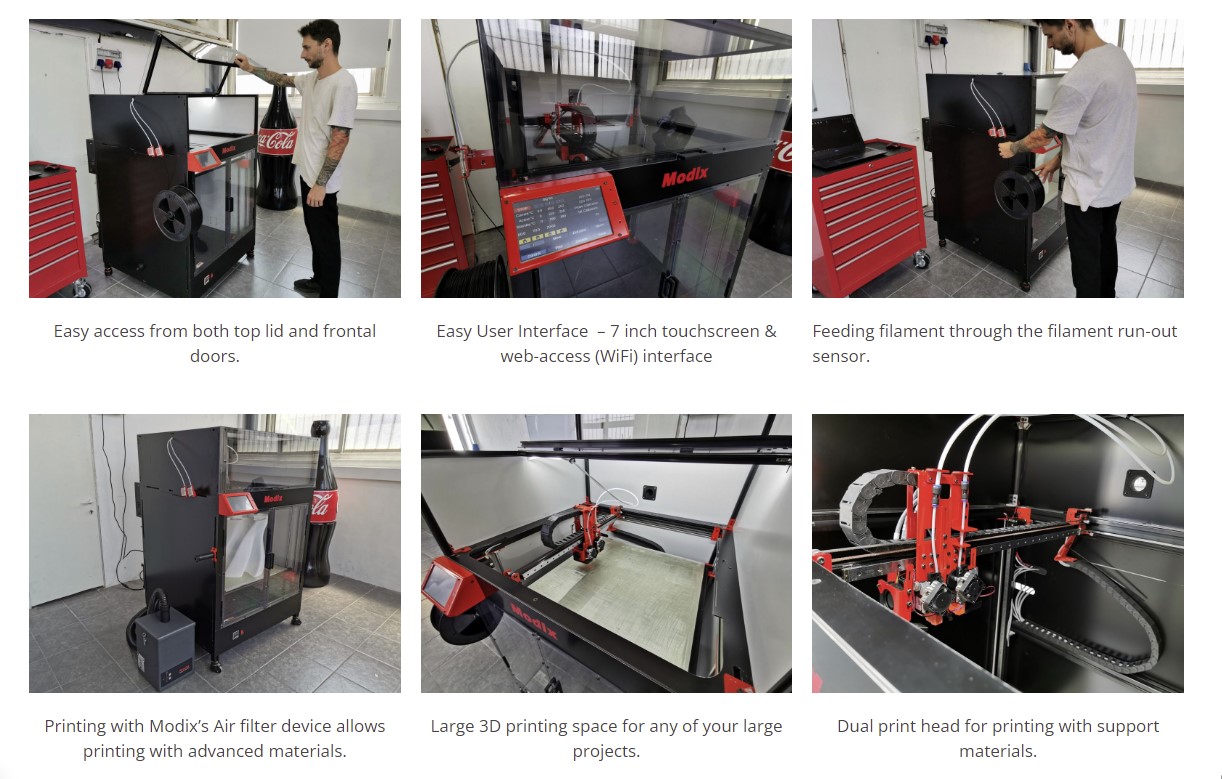 What do you get in the box?

The 3D printer comes packed in several boxes, each of them containing various tools. In those boxes, you will find all parts required to assemble the Modix Big 60 V3 printer:

The Modix Big 60 V3 is a professional printer with a big build volume, a touch screen interface, a direct drive extruder (if you want even 2), dual heat chamber, an automatic bed leveling system, a PEI sheet,  a resume print function, compatibility with multiple filaments and many more. If you worry about assembling the printer, you don't need to thanks to the instruction manual and the videos that are available online. Fort his price you genuinely get a great machine, that's easy to use and makes quality 3D prints. If you buy a Modix printer you get 1-year guarantee and lifetime support. If you are interested in a different professional 3D printer please contact jure@azurefilm.com. He is a great 3D expert and will be happy to help. 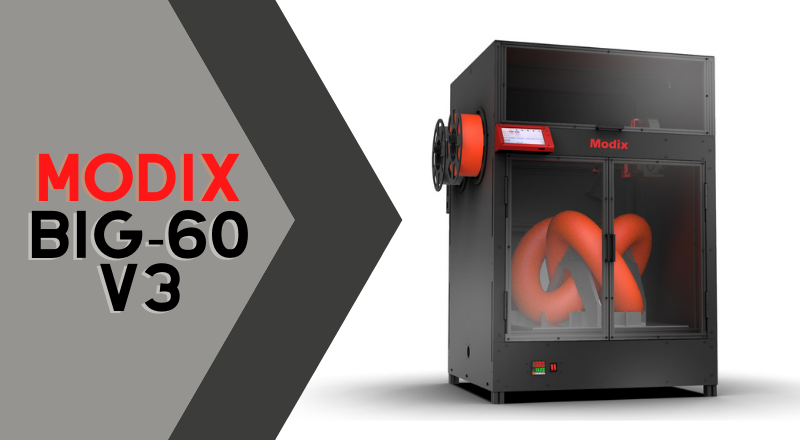 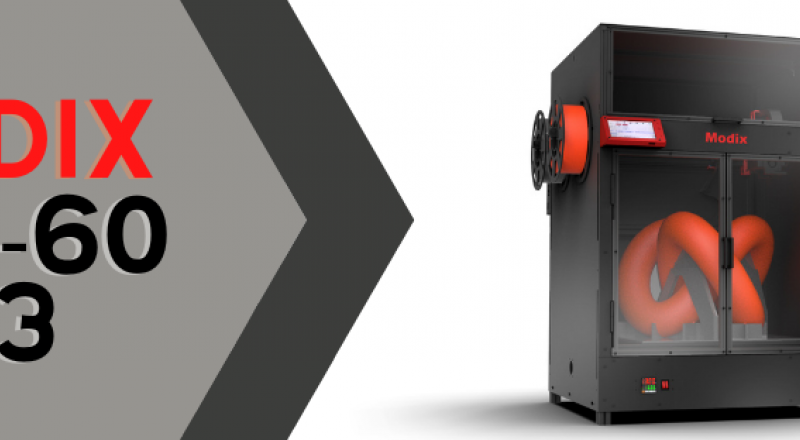 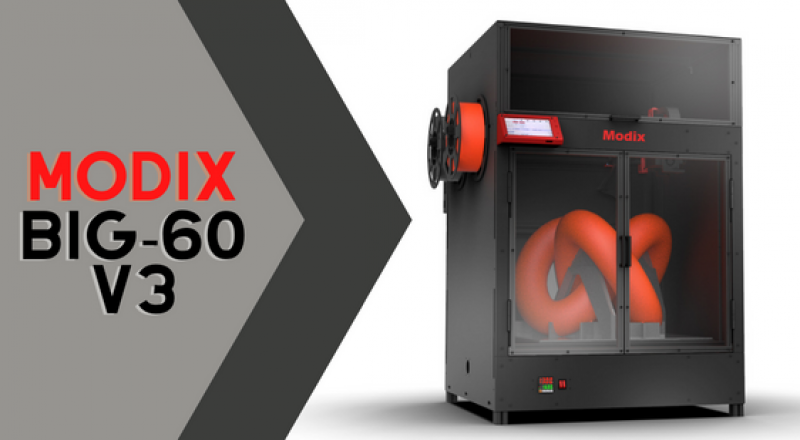 We use cookies to understand how you use the site and to improve your user experience. This includes personalizing content and ads. Click here. to edit or unsubscribe from cookies. By continuing to browse the site or by closing this notice, you agree to our use of cookies.

We will send you notifications of discounts, news, promotions, ...

You can select up to 5 products to compare: